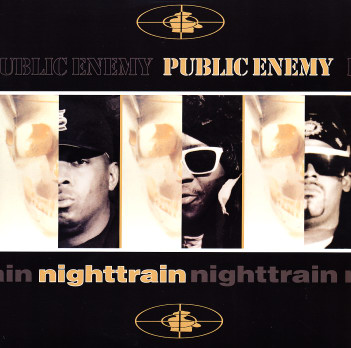 Nighttrain (get up get involved, get into it inst, Pete Rock meltdown rmx, meltdown inst) /More News At 11 (extended G-Wiz mega bomb)

(Cover has some edge wear and bent corners.)