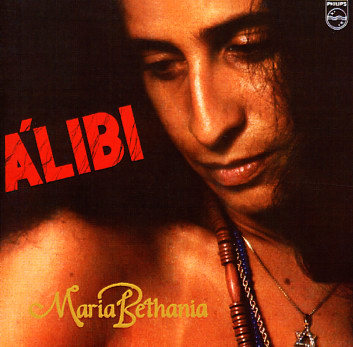 Strong work by Maria Bethania from the late 70s – a session that has her tightening up her sound a bit more than before, but without any loss of her sense of drama or emotion! The album was recorded with a number of different musical backgrounds, including many small group settings with guitar by Rosinha De Valenca – an artist we love on her own, and who adds in a nicely personal touch to this album's mix of strings, keyboards, and rootsier percussion. The guitar works nicely with Maria's voice, and is perhaps second in the mix behind her singing – giving the songs a nice focus even when the backings are quite large. Songs are a mix of tunes by Gilberto Gil, Chico Buarque, Caetano Veloso, and other likely suspects – and titles include "Calice", "Interior", "De Todas As Maneiras", "O Meu Amor", "Ronda", and "Diamante Verdadeiro".  © 1996-2023, Dusty Groove, Inc.
(Includes the insert. Cover has a touch of light wear, but looks fantastic overall.)