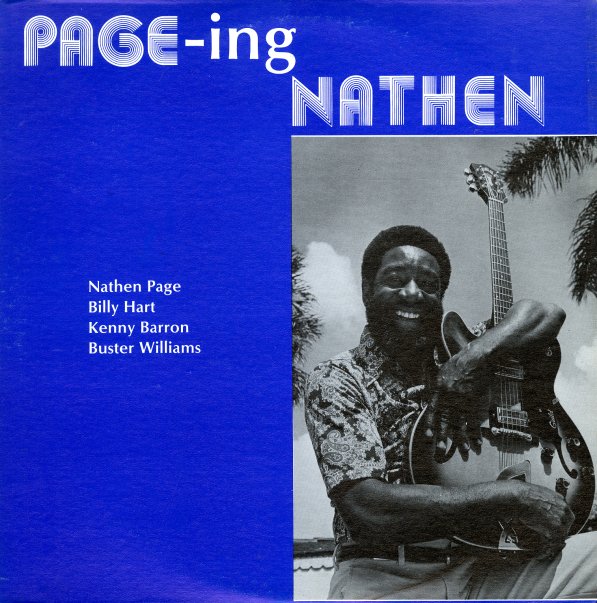 Page was one of the more obscure players of the east coast soul jazz underground that surfaced often on labels like Strata East and Muse during the 70s – and although he made few albums as a leader, he's a pretty strong single-note guitar player with a good range of styles. This 1982 album has him playing with Buster Williams, Billy Hart, and Kenny Barron – and the sound's a mix of straight soul jazz tunes, plus others that have a slicker, more-produced sound. Includes a version of Joe Henderson's "Inner Urge", plus the originals "Sunday Morning Samba", "Reba", and "Gypsy".  © 1996-2021, Dusty Groove, Inc.
(Radio station copy, with large notes and a sticker attached to the front with strips of masking tape, and some notes in pen and marker on back.)