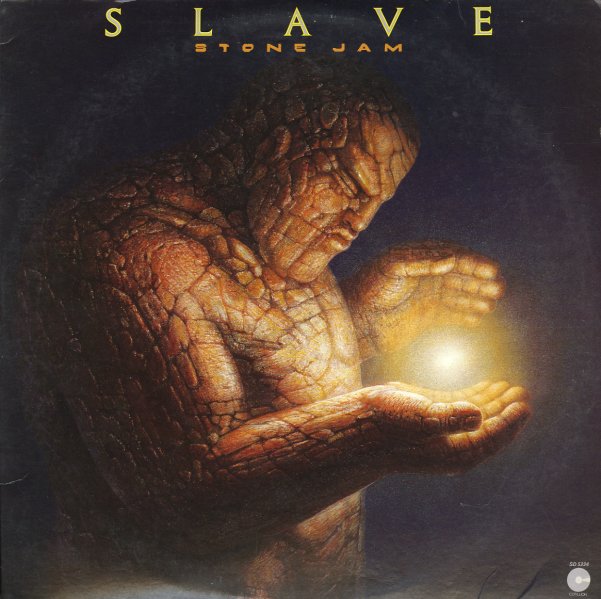 We couldn't think of a better way to describe the sound of Slave than "stone jam"! The band's got a bass-heavy groove, mixed with a lot of soul, in a style that was often copied by many groups in the 80s, but never equalled. The real strength in the band was their songwriting – always fresh, and never too overindulgent in the funky elements. The vocals are tight and soulful, and the restriction of the funky bits makes for some nicely compressed grooves. Steve Arrington's on lead vocals – and tracks include "Watching You", "Never Get Away", "Stone Jam", "Feel My Love", and "Let's Spend Some Time".  © 1996-2022, Dusty Groove, Inc.
(Cover has light edge wear.)

Cerrone's Paradise
Cotillion, 1977. Very Good+
LP...$8.99
Cerrone's second album – a swirling mix of disco beats and strings that follows very clearly on the spirit of his landmark first one! Like that album, this one's got a title track that runs well over 15 minutes long – building in a slowly dancing way that says everything about European ... LP, Vinyl record album

Baby Brother
Cotillion, 1981. Very Good+
LP...$6.99
A great little album from Baby Brother – a group who share a name with a famous funky track by War, but who come on here with a completely different sound altogether! The group are a funk ensemble at the core, but they have this really special way of weaving their instruments together – ... LP, Vinyl record album

Love In C Minor
Cotillion, 1976. Very Good+
LP...$11.99
The fantastic first album by Cerrone – a landmark disco record that features the 16 minute long "Love In C Minor" – a swirling bit of strings, beats, and female voices – one of those tunes that forever went onto change the face of dance music in the 70s! Cerrone really ... LP, Vinyl record album