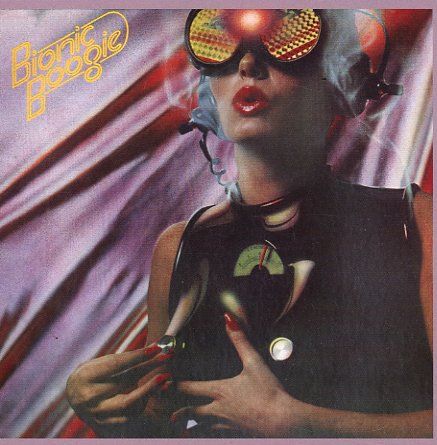 The first album by Gregg Diamond's Bionic Boogie group – and a cooker of a set that follows strongly from Gregg's previous Hot Butterfly gem! Luther Vandross isn't on board this time around, but the overall groove is still totally great – upbeat, soaring, and put together with a jazzy undercurrent that really keeps things interesting – far more so than most other mainstream disco sets of the time! Brad Baker – of B Baker Chocolate Company – handled the arrangements – and the grooves spin out nicely from Diamond's keyboards, and a tight mix of strings and jazzy horns. Vocals are from the soulful trio of Gwen Guthrie, Ullanda McCullough, and Zachary Sanders – and titles include "Dance Little Dreamer", "Risky Changes", "Boogie Boo", "We Must Believe In Music", "Feel Like Dancing", and "Don't Lose The Number".  © 1996-2021, Dusty Groove, Inc.
(Cover has light wear and an index label on the spine.)