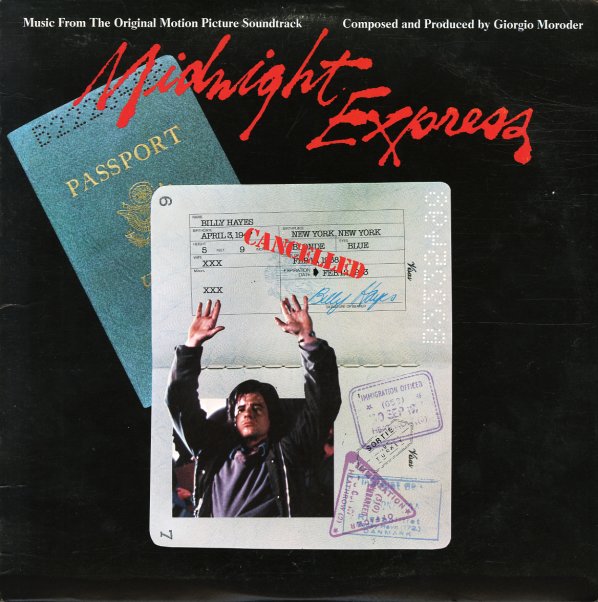 It's hard to believe that anyone ever took the electronics of Giorgio Moroder seriously enough to think they'd be the right setting for an intensely dramatic thriller like this – but in the decade when Italian thrillers were doing the same thing, it's kind of easy to see. And if you think of this one as a dated American soundtrack, you'll be lost – but if you see it as some groovy bit of Italian sexy electronics from the 70s, you'll find that it's got some pretty nice moments, and would fit perfectly with some of the Cinevox material from the end of the 70s. Titles include "The Chase", "The Wheel", "Cacophony", and "Midnight Express".  © 1996-2021, Dusty Groove, Inc.
(Cover has minimal wear.)

Music From The Motion Picture Girl 6
Warner, 1980s/1990s. Near Mint- 2LP
LP...$79.99
Scarce promo pressing of the soundtrack to the mid-90s Spike Lee joint – an all Minneapolis affair with selections by Prince, New Power Generation, The Family, and Vanity 6! LP, Vinyl record album

Bittersweet
Invictus, 1972. Very Good+
LP...$24.99
An excellent album from this sublime soul trio! The record's got a nice heavy style – similar to the funky soul that was creeping into the sound of other artists on the Invictus label – and it rumbles along with a nice fuzzy edge that adds a whole new dimension to the incredible vocals ... LP, Vinyl record album