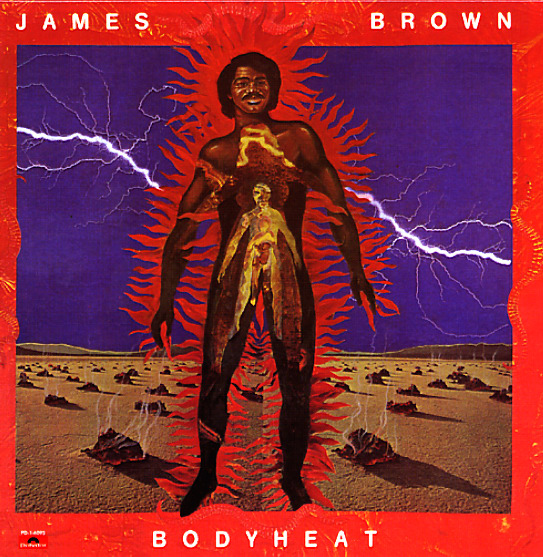 An enduring classic from James Brown – quite possibly the strongest of his late 70s albums, and a record that nicely balances the harder funk of the early part of the decade with a more sophisticated style that almost gets slightly jazzy at times! The vocals are planted strongly at the top of most tunes – really calling out the shots and directing the rhythms – even though they seem tight enough to keep snapping along on their own – and also noteworthy are some of the mellower numbers on the set, which are almost more compelling than some of the groovers! Titles include "Bodyheat", "What The World Needs Now", "Don't Tell It", "Kiss In 77", "Woman", "Wake Up And Give", and "I'm Satisfied".  © 1996-2021, Dusty Groove, Inc.
(Cover has some wear and a small cut corner.)