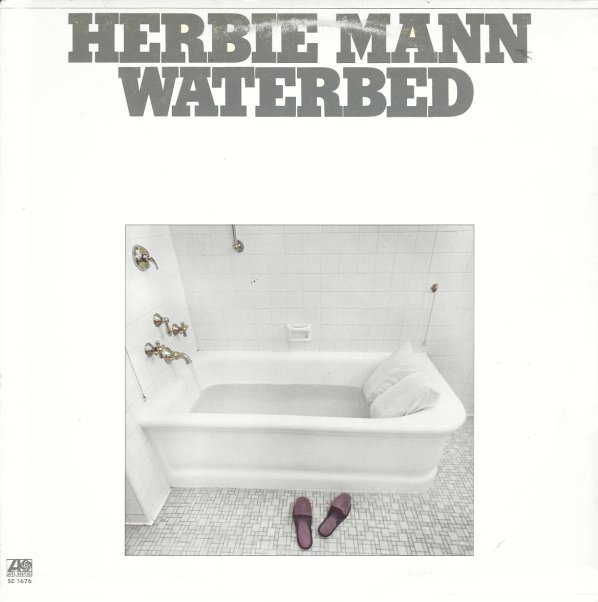 A sweet electric set from the great Herbie Mann – one of his best of the time! Like a number of his contemporaries recording jazz for Atlantic, Herbie had moved pretty firmly into a funky soul mode by the mid 70s – adding in lots of electric instrumentation and vocals to keep up with the success of some of the bigger-selling jazz albums of the time. Oddly, this approach actually sounds pretty darn good to us – especially having the hindsight of over 25 years to get over the shock of any sort of perceived "sell out". The players are all pretty tight, and Herbie manages to keep things pretty hip on all tracks, sticking to his roots in Latin-influenced playing. The record features remakes of "Comin Home Baby" and Joe Cuba's "Bang Bang", plus a version of Astor Piazzolla's "Deux Xango", and the orignals "Paradise Music", "Body Oil", and "Waterbed".  © 1996-2023, Dusty Groove, Inc.
(Cover has a cutout notch, light wear, an a name in pen. Labels have a name in pen.)

Glory Of Love
CTI, 1967. Near Mint- Gatefold
LP...$7.99
Herbie Mann's soulful flute meets the breezy production values of CTI/A&M, for a good set of tracks that have a light easy feel to them, and a nice post-bossa groove! The set includes a good cover of "Upa, Neguinho", plus "Love Is Stronger Far Than We", "The ... LP, Vinyl record album

Herbie Mann Plays The Roar Of The Greasepaint, The Smell Of The Crowd
Atlantic, 1965. Very Good
LP...$4.99
A surprisingly great album from Herbie Mann – especially considering that it's based around a Broadway score! The set goes way beyond the source of the tunes, though – and Herbie's combo makes some great groovy magic out of the music – often with some sweet Latin touches, as you'd ... LP, Vinyl record album

Herbie Mann At The Village Gate
Atlantic, 1962. Near Mint-
LP...$11.99
Herbie Mann's at the Village Gate – really wailing away in a set of extended numbers that not only set a whole new standard for live recording in jazz, but which also pushed forward the role of the flute in the music as well! There's a heck of a lot of soul in the grooves here – served ... LP, Vinyl record album