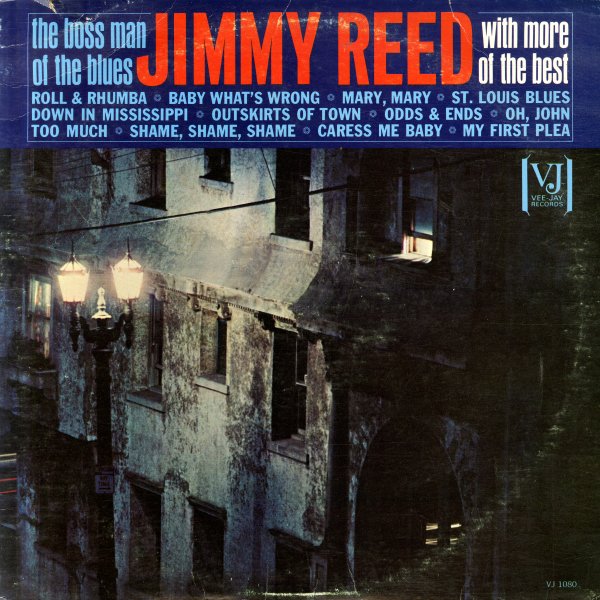 Great Vee Jay Records material by Jimmy Reed – still raw and very much at the top of his game here, and serving up some lesser-known tracks that are as great as his classics! Titles include "Roll & Rhumba", "Oh, John", "Too Much", "Odds & Ends", "Caress Me Baby", and "Baby What's Wrong".  © 1996-2021, Dusty Groove, Inc.
(Rainbow label pressing, mono. Cover has a mono sticker, and some light wear on the back – but this is a great copy overall.)