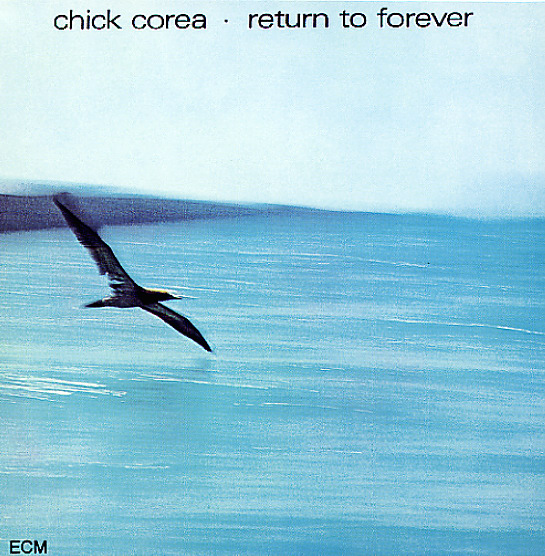 One of Chick Corea's greatest moments on record – the self-titled album by the legendary Return To Forever group – a combo that included Joe Farrell on saxes, Flora Purim on vocals, Airto on percussion, and Stanley Clarke on bass! The sound is archetypal 70s fusion at its best – filled with soaring electric keyboard work from Chick, and plenty of great Brazilian touches by Airto and Flora. Farrell's reeds help the tunes get a really sharp edge, especially once they get going – and the whole album is an electric piano classic through and through, filled with great titles that include "Sometime Ago/La Fiesta", "Return To Forever", "Crystal Silence", and "What Game Shall We Play Today".  © 1996-2020, Dusty Groove, Inc.
(US pressing. Cover has light wear and a spot of tape.)