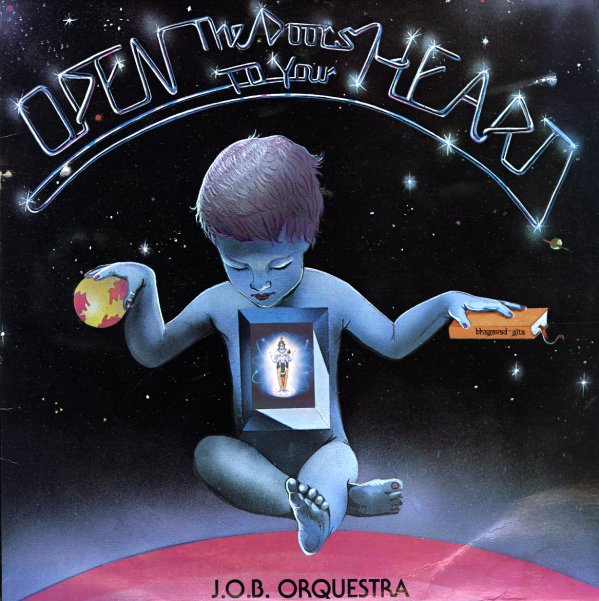 Open The Doors To Your Heart

A legendary album of spacey funk – originally conceived as a tribute to the deity Krishna, but a record with a much longer life of its own – thanks to years of support from global crate diggers! There's a really spiritual approach to soul music throughout – a style that might start with Earth Wind & Fire at their best, then take off into even more righteous territory – with a fair bit of message in the music. Production is quite strong for such an indie effort – with keyboards and soaring strings alongside a mix of male and female lead vocals – spread out nicely to really give the record a strong sense of voice and purpose. Some of the best tracks cross into sublime modern soul territory, thanks to sweet jazzy instrumentation – and titles include "Yield To Him", "The Soul", "Govinda", "Don't Want That Illusion", and "Can't Find The Way".  © 1996-2021, Dusty Groove, Inc.
(Sealed original!)

Everything You See Is Me
Govinda, 1978. Very Good+
LP...$9.99
A deeply spiritual group at the core – so much so that the songs here are all guided towards the aims of Krishna – but one who works with the best sort of jazzy soul styles of the late 70s! The album's become a surprising modern soul classic over the years – a record that was ... LP, Vinyl record album