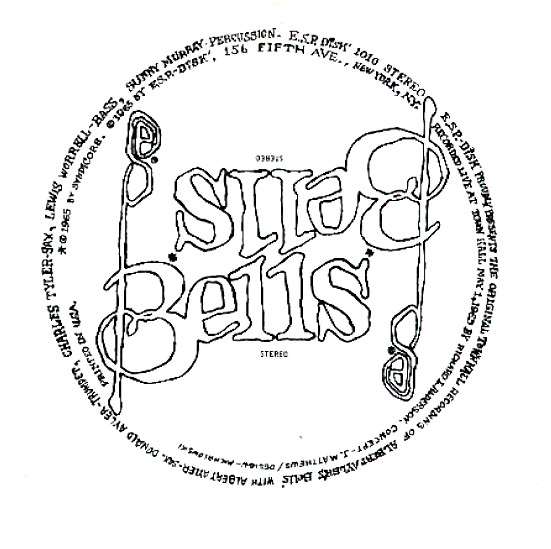 A seminal live set by a young Albert Ayler – an unusual one-sided record that featured only 20 minutes of music, performed with an intensity that hardly leaves room for complaints about the shortness of the album! The single track "Bells" was performed at Town Hall by Ayler with a group that includes Donald Ayler on trumpet, Charles Tyler on alto sax, Lewis Worrell on bass, and Sunny Murray on percussion – all coming together in a raw, real sense of freedom – beautifully explored here without ever getting too overindulgent. The tune may well be one of the greatest illustrations of the ESP format at its best – as Ayler and company never stray too far, but carve out some incredibly imaginative space through their starkly-blown horn solos!  © 1996-2021, Dusty Groove, Inc.
(Italian Base pressing from the 80s.)

Witches & Devils
Arista Freedom, 1964/1975. Near Mint-
LP...$24.99
Classic early material by Albert Ayler, recorded in New York in 1964, but originally issued only in Europe! The session features Ayler with the obscure trumpeter Norman Howard, plus Henry Grimes on bass and Sonny Murray on drums – and has all the crackle and imagination of Ayler's ESP ... LP, Vinyl record album