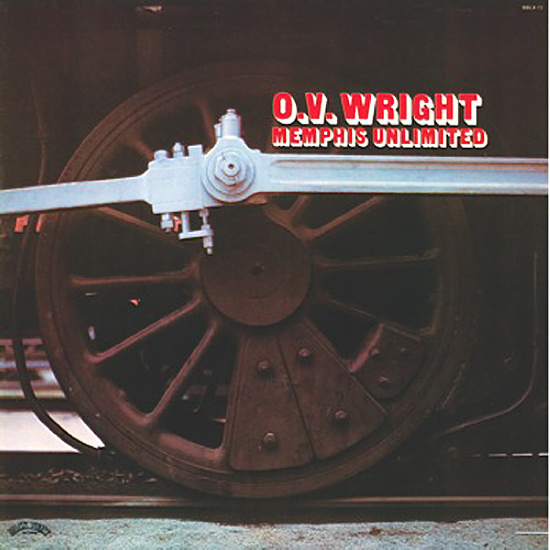 OV Wright at the top of his game – working here with classic Memphis production from Willie Mitchell, and a sound that should have knocked Al Green right off of the charts! Wright's vocals have a rougher edge than Al's, and the record's really dripping with deep soul feeling – a slow-burning energy that's perfectly handled by Mitchell, in ways that echo some of OV's bluesier roots, but keeps things in the more sophisticated Memphis modes of the 70s. The balance is perfect, and instrumentation is handled by a batch of Hi Records regulars – including the Memphis Horns with Wayne Jackson and Andrew Love. Wright really rises to the occasion for the whole album, and the set's arguably better than any of his later work for Hi – although that stuff is all pretty darn wonderful too! Titles include "I've Been Searching", "Lost In The Shuffle", "I'd Rather Be Blind Crippled & Crazy", "Ghetto Child", "You Must Believe In Yourself", and "I'm Going Home".  © 1996-2021, Dusty Groove, Inc.
(White label stereo promo. Vinyl has some stubborn residue that plays with noise on most of Side B. Cover has ring & edge wear, split top seam, and a promo sticker on back.)