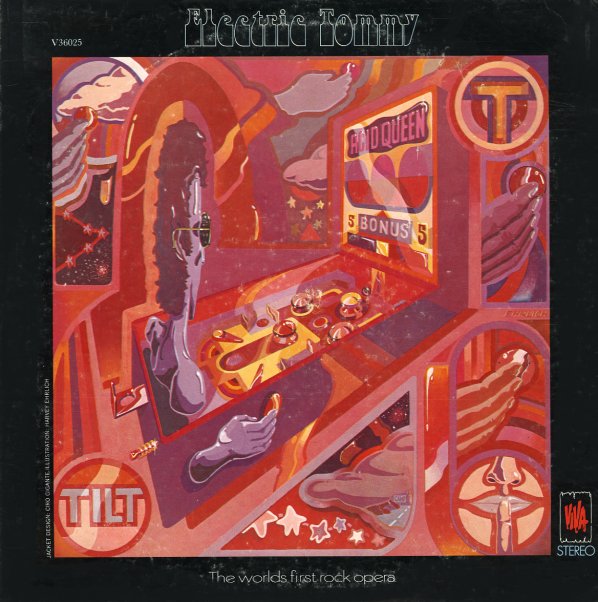 Cool Moog highlights from The Who's classic rock opera, with focus on the tunes that are well suited for Moog like "Fiddle About", "Go To the Mirror Boy", "Amazing Journey", and "Sparks". Nice trippy sound, with acoustic drum backing, and moogy sounds over the top providing all the instrumentation!  © 1996-2021, Dusty Groove, Inc.
(Cover has ring and edge wear, a 4 inch split in the top seam, and wide center split in the bottom seam.)

Skin Tight
RCA, 1960. Near Mint-
LP...$9.99
Pretty skin tight stuff – as Marty and crew play more bongos than you'd ever hear in a beatnik hoedown! The set's a very percussive one, and is one of Gold's better outings on RCA – thanks to the tightly stretched skins of the bongo. Gold arranged all tunes, and some of them are bongo- ... LP, Vinyl record album