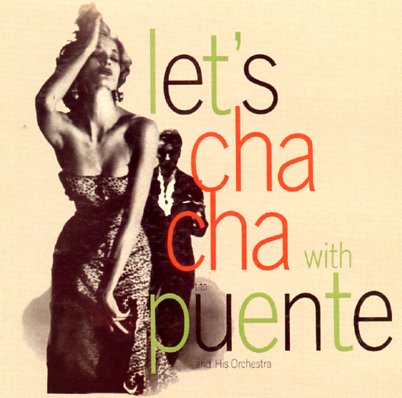 It's easy to cha cha when Tito Puente's in the house – especially when he's working in his near-perfect RCA mode of the late 50s! The tunes are nothing fancy, but the execution is sublime – tight Latin rhythms at the bottom, done in a way that's never too bombastic – topped with some jazzier flourishes from the horn section, in ways that make each number sparkle nicely with a strong sense of color and tone. There's a slight hint of modernism in the charts here, but never one that gets in the way of the groove – and the rhythms benefit nicely from well-crafted work on piano and vibes as well. Titles include "Vibe Guajira", "Cubarama", "Cha Charugao", "It's The Bururu", and "Lindo Cha Cha".  © 1996-2023, Dusty Groove, Inc.
(Mono pressing with deep groove. Cover has light ringwear, some aging, and bumped corners.)

Mambo By The King (10 inch LP)
RCA, Late 50s. Very Good+
LP...$14.99
A great record of mambo tracks from Prado and his orchestra! Tracks include "The Whistling Mambo", "Cuban Mambo", "Perdido", and "Mambo Jambo". Some of the songs have vocals and each have really nice moments – and this original 10" LP has a very ... LP, Vinyl record album

Heart Of Havana
RCA, 1957. Very Good+
LP...$6.99
One of Cuba's biggest groups of the 50s – presented here in a set that got equal circulation in the US, thanks to RCA! The sound here is a nice precursor of the charanga groove that would dominate New York in a few years to come – violin from Rafael Lay, the leader of the group – ... LP, Vinyl record album

Recorded In Europe
RCA, 1962. Very Good+
LP...$4.99
(Living Stereo pressing with deep groove. Cover has some aging and a small name in marker in back.) LP, Vinyl record album