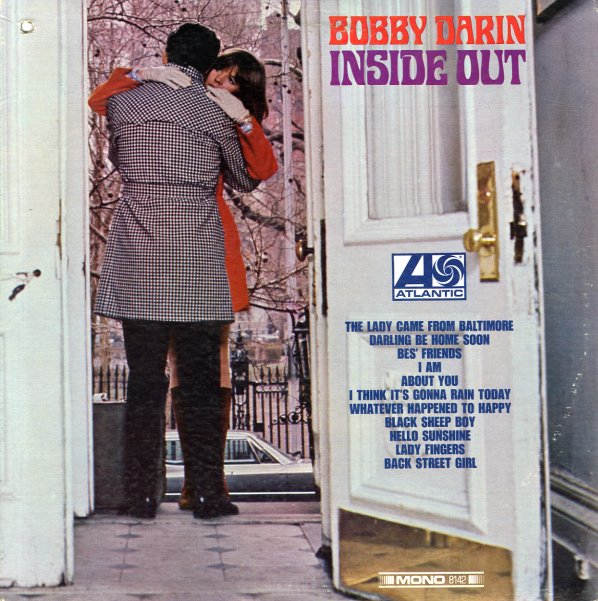 A great little record by Bobby – recorded hot on the heels of his big hit recording of "If I Were A Carpenter", and with a surprising respect for Tim Hardin and a lot of the other young songwriters of the post-folk years. Keep in mind that Darin was really feeling his mortality at this point, and although it's easy to say that he's becoming a fake folkie, his approach to the material is very sincere – so much so that we're always surprised at how much we like this one. Titles include "Bes Friends", "Darling Be Home Soon", "Hello Sunshine", "Lady Fingers", "Whatever Happened To Happy", and Hardin's "Black Sheep Boy" and "The Lady Came From Baltimore".  © 1996-2022, Dusty Groove, Inc.
(Pink and brown label stereo pressing with deep groove. Cover has a split top seam.)