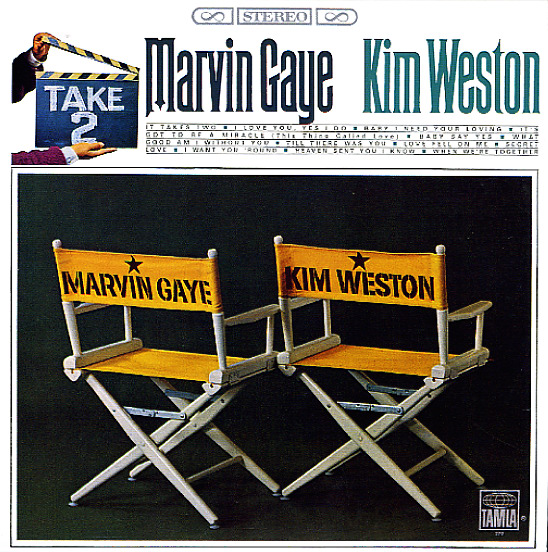 Beautiful work from Marvin Gaye and Kim Weston – done in a style that's perhaps a bit more intimate, and a bit more sophisticated than some of Marvin's other duets, but still in the great Motown tradition of the 60s! On the set, Weston seems to bring out the sweeter sound of Marvin's voice – almost unlocking the warmer, more sensual tones that would flow from Gaye most strongly in the 70s – kind of a great hint at the genius to come, and proof that Weston was always a great match for Marvin. Titles include "It Takes Two", "Love Fell On Me", "I Want You 'Round", "When We're Together", and "What Good Am I Without You".  © 1996-2022, Dusty Groove, Inc.
(Mono 2 Globes pressing with deep groove. – nice and clean overall! Cover has a bit of light wear, and some aging on the back – but is nice too.)