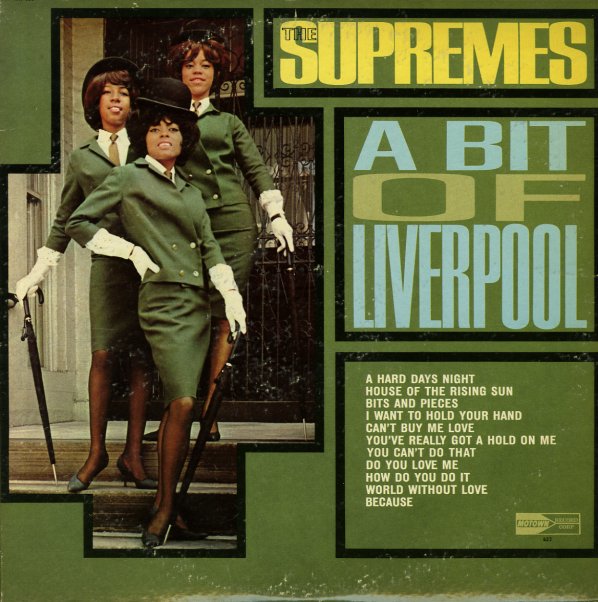 It's always interesting to note the way that Berry Gordy tried to move Motown out of the ghetto of US soul indies, by attempting various moves to realign the music with other spheres bigger than the scope of Detroit soul. Sometimes these moves were clear "loss leaders" that wouldn't necessarily pay off as strongly as when Motown were acting in normal hit fashion, but which would have a larger effect in broadening the appeal of the groups. Such is an album like this, in which The Supremes strangely sing hits of the British Invasion – like "How Do You Do It", "You Can't Do That", "House Of The Rising Sun", and "I Want To Hold Your Hand" – nearly all of which are done in fairly rock-heavy versions that sound nothing like the group's bigger soul hits of the time. It's hard to imagine that such an album would appeal to either the group's regular fans or those who liked true British rock, but perhaps that's also why the record features a version of The Contours "Do You Love Me" and The Miracles' "You've Really Got A Hold Of Me" who are also listed in the notes as being part of the "male group" phenomenon that is really what the Brit invasion was about.  © 1996-2023, Dusty Groove, Inc.