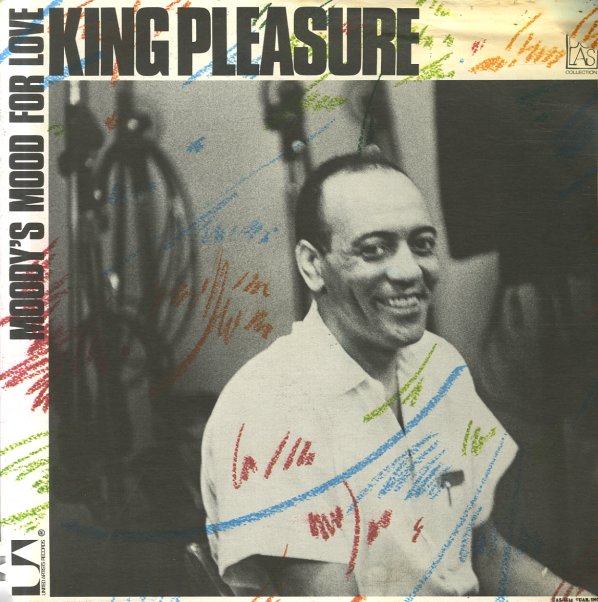 The rarest of three albums that King Pleasure ever recorded – and pretty darn hard to find, too. The set was recorded after King's earlier sides for the Prestige and HiFi jazz labels, but it's in a very similar style, with some wonderful vocalese-ing done in Pleasure's landmark style. He's really one of the greatest jazz singers of the 20th century, and it's unfortunate that apart from the big hit fame of "Moody's Mood For Love" (recorded here once again), King never got strong recognition as a richly talented singer. A number of cuts on here are re-recordings of earlier work – like "Don't Get Scared" and "Sometimes I'm Happy" – and other tracks include "It Might As Well Be Spring" and "Old Black Magic".  © 1996-2022, Dusty Groove, Inc.
(Early 70s Douglas Collection pressing. Cover has a cut corner, and light wear and aging.)

Never Never Never
United Artists, 1973. Near Mint- Gatefold
LP...$7.99
A warmly-crafted 70s album from the great Shirley Bassey – a set that continues that great move she was making at the end of the 60s – shaking off some of the bolder, brassier styles that famously got her going at the start, but which were maybe sounding a bit dated after the James Bond ... LP, Vinyl record album

Lady Love (Douglas Collection)
United Artists, Early 50s. Sealed
LP...$14.99
Rare live work from Billie Holiday – mostly from the early 50s, but not issued until a few years after her death – in a well-done package from United Artists! The tunes were mostly recorded under the supervision of Leonard Feather – and come from two different German tour dates ... LP, Vinyl record album

Persian Room Presents Diahann Carroll
United Artists, 1959. Very Good
LP...$9.99
A great early album from Diahann Carroll – the kind of set that shows that she was already ahead of the pack on the scene! The album's a mix of jazz vocals and more uptown material – all handled by the young Peter Matz, who does a great job with the charts – at a level that ... LP, Vinyl record album

Band & I
United Artists, 1959. Very Good+
LP...$14.99
Sparkling work from singer Irene Kral – and possibly the best album she ever cut! The backings here are by the Herb Pomeroy group – a slightly modern ensemble that still knows how to swing with a good dose of Boston soul – and the overall feel of the album's a lot more forceful ... LP, Vinyl record album

Did You Ever Hear The Blues
United Artists, Late 50s. Very Good+
LP...$14.99
Nice obscure set of blues material recorded for United Artists – featuring the little-known Big Miller performing a set of 11 compositions from the pen of Langston Hughes. The backing on here is similar to that of a Jimmy Rushing album from the same time – as it includes arrangements ... LP, Vinyl record album

Take Love Easy
Pablo, 1973. Near Mint-
LP...$14.99
One of the great Pablo Records efforts to revisit the jazz sound of the 50s – but in fresh new ways allowed by the freer recording modes of the 70s! The album features Ella Fitgerald and Joe Pass, plus nobody else – just voice and guitar coming together in quiet, introspective ways ... LP, Vinyl record album

Stay With Me
RCA, 1966. Near Mint-
LP...$7.99
Soulful arrangements from Ernie Freeman – from Vic's very cool RCA years! Backings have a bit of bossa – and the vocals are sublime. LP, Vinyl record album