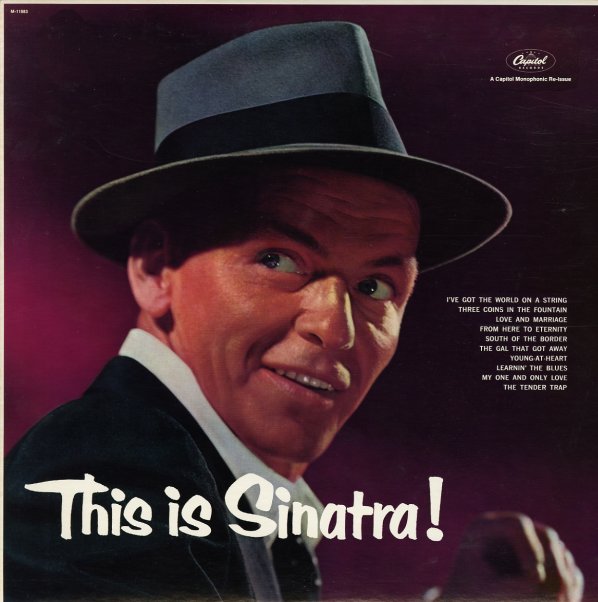 This Is Sinatra indeed – a wonderful collection of singles, and a near-lost album to the shifting sands of time! The record wasn't one of Frank's "album concepts" for Capitol, and has since been dismantled in the catalog – but for many in the 50s, this was one of THE Sinatra albums – overflowing with beautiful early singles that marked his initial comeback years for Capitol. Nelson Riddle and Billy May conduct – and titles include "Love & Marriage", "Young at Heart", "Learnin the Blues", "Love is the Tender Trap", "The Gal That Got Away", "South Of The Border", and "Rain".  © 1996-2021, Dusty Groove, Inc.
(80s mono rainbow label remaster in a barcode cover.)