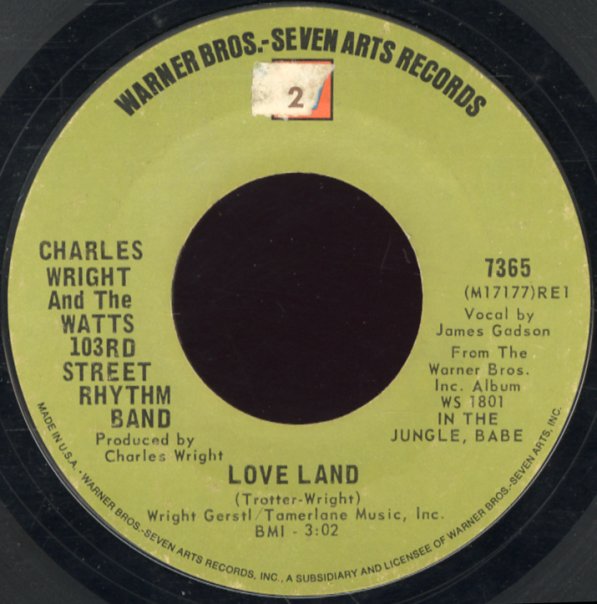 One of the biggest singles by Charles Wright – and backed with a nice b-side! "Love Land" is a great loping vocal soul cut – a lot sweeter than your average cut by the Watts Rhythm Band, but very catchy and very nice, too! "Sorry Charlie" is an instrumental – with horns on top, and lots of echoey piano playing on the melody, some of it off-key!  © 1996-2021, Dusty Groove, Inc.
(Label has some marker scribbles and a small sticker.)