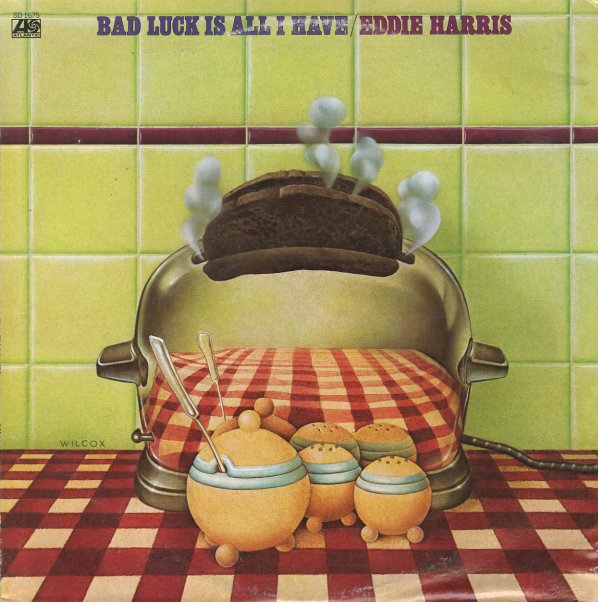 Bad Luck Is All I Have

A nice funky soul album by Eddie – who by this point was really electrifying his sax, playing a bit of piano, and even singing in a range of different styles. The best moments are those that kind of push the envelope technique-wise – operating with a lot of different effects on the horn and keyboards – backed up by percussion by Willie Bobo, trumpet by Oscar Brashear, and "guitorgan" by Robert Muldrow! Not perfectly realized, but an interesting set of funk experiments. Titles include "Get On Up & Dance", "Why Must We Part", "It Feels So Good", and the spacey "Abstractions", a real stoner number in the Shuggie Otis mode!  © 1996-2022, Dusty Groove, Inc.
(Sealed 70s pressing! Cover has a small cutout mark, and a few inches of splitting on the spine.)