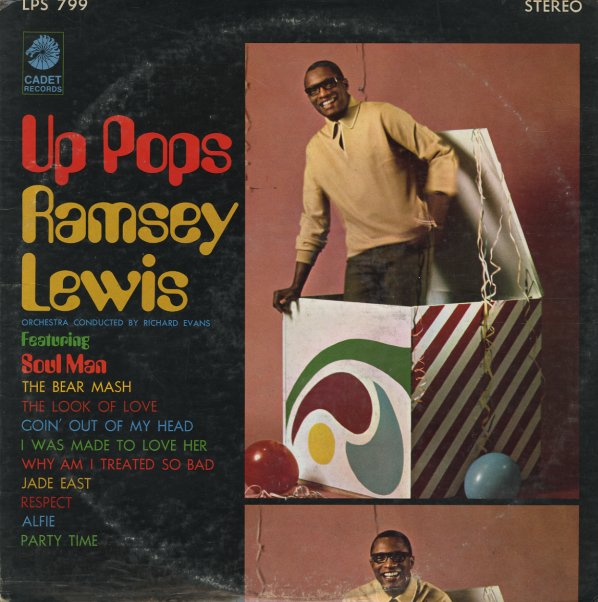 Although Ramsey first scored big with his spare trio recordings during the late 50s, by this point in his career, Cadet were wisely playing with his sound a lot, adding in new elements to keep things fresh and soulful. Such is the case with this album, which has Ramsey's second trio (with Cleveland Eaton and Maurice White) performing with very groovy arrangements by Richard Evans. The result is some totally cool material – very much in the best crossover mode of the Cadet Concept years. The highlight of the album is the Eastern-tinged funky number "Jade East", which has some nice sitar and chimes in the background. Other tunes include "Party Time" and "Bear Mash", plus hard piano covers of "I Was Made To Love Her", "Soul Man", and "Respect".  © 1996-2022, Dusty Groove, Inc.
(Blue fade label stereo pressing with deep groove. Cover has a bit of flaking on the bottom of the spine, and some surface wear and aging.)

Encore – Ramsey Lewis In Tokyo
Chess (Japan), 1968. Very Good
LP...$19.99
The second of Ramsey Lewis' rare Japanese-only live albums from the 60s – and one that's even better than the first! This set features Ramsey's second trio, with Cleveland Eaton on bass and Maurice White on drums – and tracks are nice and long, with extended tunes that include "Mai ... LP, Vinyl record album