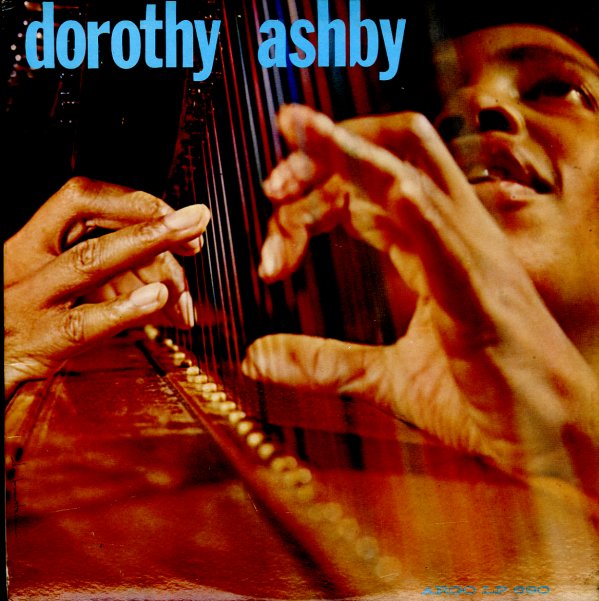 One of the most stripped-down albums from legendary jazz harpist Dorothy Ashby – and one of her earliest records too! The set's got Dorothy right out front in a trio setting – working with bassist Herman Wright and drummer John Tooley – in a wonderfully jazzy take on the sound of the harp – an instrument used here in a way that's never flowery, or linked to classical modes at all – but instead in a very unique space that's somewhere between jazz bass and guitar – as Ashby plucks these hip notes with a very soulful vibe! The album's got a special Chess/Argo sort of vibe – one that really opens up Ashby's Detroit roots. Dorothy wrote two originals for the set – "John R" and "Booze" – and other titles include "Lonely Melody", "Django", "Gloomy Sunday", and "Lil Darlin".  © 1996-2020, Dusty Groove, Inc.
(Grey label Argo pressing with deep groove. Cover has moderate wear with masking tape along the seams.)

Cole Slaw
Argo, 1964. Very Good
LP...$9.99
Poppa Lou in a straight soul jazz format, recorded in the mid 60's, between his two stints for Blue Note. He's playing here with his solid combo that includes Herman Foster on piano, and they're backed up by Ray Baretto on conga, for a nice rolling groove. Tracks include "Soul Gumbo", ... LP, Vinyl record album

Relaxin With Sandy Mosse
Argo, 1958. Very Good+
LP...$14.99
An obscure side featuring the equally obscure Chicago tenor player Sandy Mosse. Mosse works here in two settings – one side features a quartet with Junior Mance on piano, Bob Cranshaw on bass, and Marty Clausen on drums; the other side features the same quartet, but with Eddie Higgins on ... LP, Vinyl record album

Marian McPartland At The London House
Argo, 1958. Very Good
LP...$6.99
Proof that Marian McPartland actually did something professionally before working for NPR! This obscure session from the 50's is one of her best, and features the lovely pianist cut live before a crowd at The London House in Chicago. Titles include "Easy Blues", "So Many ... LP, Vinyl record album

Introducing Roland Kirk
Argo, 1960. Near Mint-
LP...$11.99
Despite the fact that the title's "Introducing Roland Kirk", it's not actually Kirk's first album – but it is a heck of a smoker with a very unusual sound! The session features Roland with a Chicago group that includes Ira Sullivan on trumpet, Don Garrett on bass, and Ron Burton on ... LP, Vinyl record album