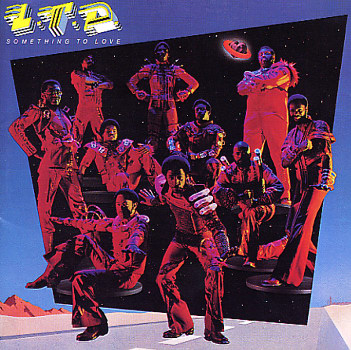 A great little groover from LTD – and a set that's got everything coming together perfectly in the mix! The set features arrangements from Philly Soul maestro Bobby Martin – who brings together this wonderful blend of styles – funk, smoother soul elements, and the kind of upbeat, clubby grooves that really worked well for the group – but at a level that also really set them apart from most of the disco generation. Jeffrey Osborne's vocals really shine on this one, too – and the record includes the cuts "Back In Love Again", "Stay With Me", "We Party Hearty", "Material Things", and "Age Of The Showdown".  © 1996-2022, Dusty Groove, Inc.
(Still sealed, with a cutout notch.)

For You
Montage, 1983. Sealed
LP...$11.99
An 80s groover from LTD – one that has the group working strongly on both groovers and ballads, the latter of which may well be the strongest suit here! Jeffery Osborne's long gone from the group, but his warmly soulful legacy lives on in the vocal style of the love songs – kind of a ... LP, Vinyl record album