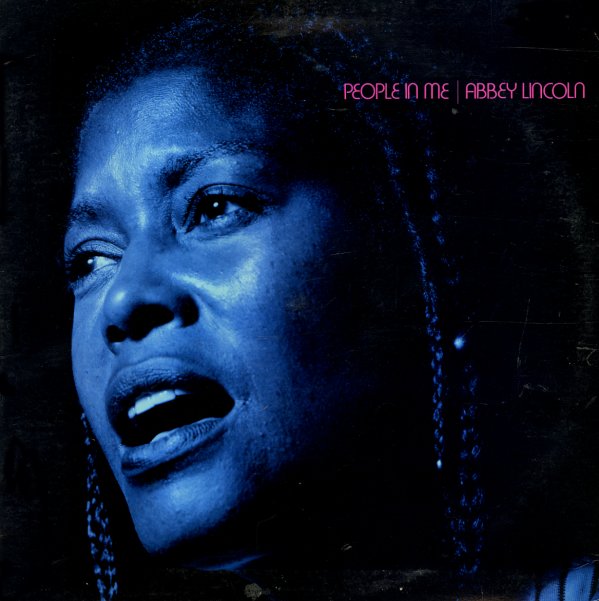 A great session that was recorded in Tokyo in 1973 – featuring Abbey backed by a small group that includes Dave Liebman on sax and flute, Al Foster on drums, and Hiromasa Suzuki on piano. The record's pretty darn hip – and it's a nice version of Abbey's haunting approach to vocal jazz, touched by some of the new directions vocalists were going at the time, yet firmly rooted in the firm command of voice and emotion heard on Lincoln's best records from the early 60s. Titles include "Africa", "You & Me & Love", "Naturally", "Living Room", and "Natas", which seems to have Abbey singing along with overdubs of her own voice, to very cool effect!  © 1996-2021, Dusty Groove, Inc.
(Cover has a cut corner.)

Painted Lady (aka Golden Lady)
Blue Marge (France), 1980. Sealed Gatefold
LP...$19.99
A wonderfully moody album from Abbey Lincoln – one that's a bit more laidback than some of her other efforts, but no less soulful! There's kind of a broken, jagged sound to the record – a late nite vibe that's blue and melancholy, and which gets some great support from the tenor sax of ... LP, Vinyl record album

Golden Lady
Inner City, 1981. Very Good-
LP...$6.99
A wonderfully moody album from Abbey Lincoln – one that's a bit more laidback than some of her other efforts, but no less soulful! There's kind of a broken, jagged sound to the record – a late nite vibe that's blue and melancholy, and which gets some great support from the tenor sax of ... LP, Vinyl record album