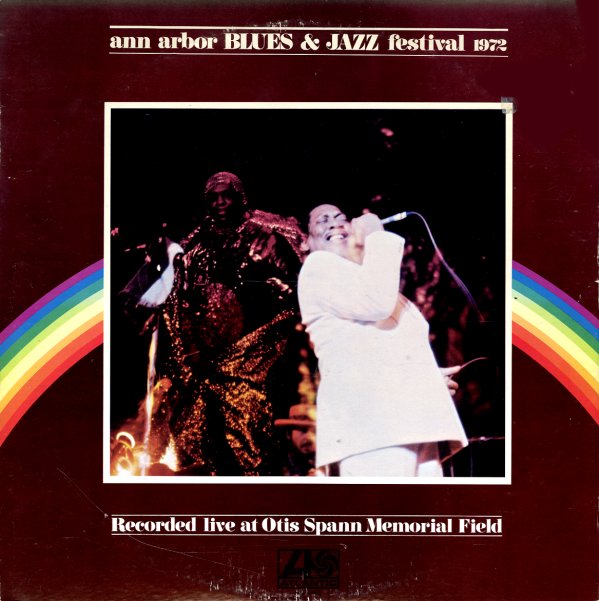 A classic set from this legendary Detroit festival – a mighty assemblage of roots and jazz performers that was put together by John Sinclair! The event was legendary at the time – and has lived on strongly via this great recording by Atlantic – one that really gets at the special fire of all the performers, and their very enthusiastic welcome by the audience too! Most of the material here is blues – but the set features a key track from Sun Ra & His Solar Myth Arkestra – a performance of "Live Is Splendid" from the Space Is The Place Suite. Other tracks include "I Walk On Gilded Splinters" by Dr John, "Road Runner" by Jr Walker, "Wang Dang Doodle" by Koko Taylor, "Gambler's Blues" by Otis Rush, "Ain't That Loving You" by Bobby Blue Bland, "Honey Bee" by Muddy Waters, "Form Kinetic" by CJQ, "Dust My Broom" by Johnny Shines, and "Goin Down" by Freddie King.  © 1996-2022, Dusty Groove, Inc.
(Broadway label pressing. Cover has some ring and edge wear, small sticker spot, and tiny splits in the bottom seams.)