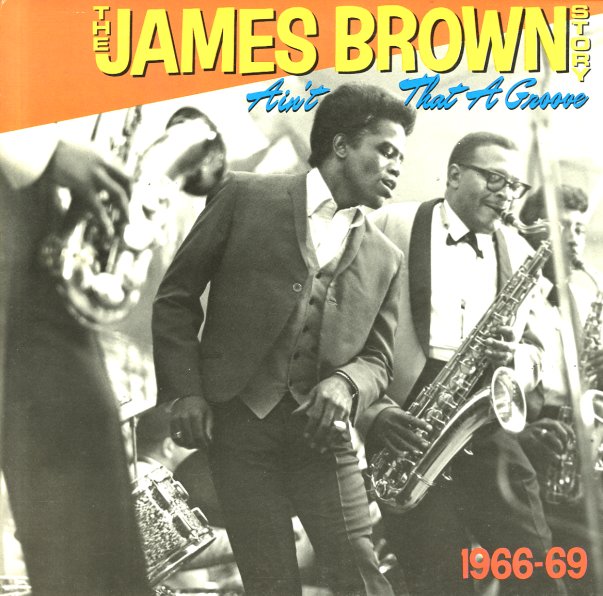 Black Caesar
Polydor, 1973. Very Good Gatefold
LP...$28.99
James Brown gets even better than before – working here in the setting of a blacksploitation soundtracks – which makes the album a doubly funky outing from the 70s! James is a master throughout – beating Isaac Hayes and Curtis Mayfield at their own games – as he works with ... LP, Vinyl record album

Hot Butterfly
Polydor, 1978. Near Mint-
LP...$11.99
A dancefloor classic! The album's the second by Gregg Diamond's Bionic Boogie, and head and shoulders above the rest – a sublime blend of soul and club that's hardly been matched again! Diamond manages to make things groove, but never loses sight of the soulful styles that make the record ... LP, Vinyl record album

No Stranger To Love
Polydor, 1979. Very Good+
LP...$11.99
An oft-overlooked funky soul gem from the incredible Roy Ayers – taking turns with both uptempo material and more smoothed out soul sounds – all done with Roy's trademark jazzy approach to the dancefloor! No Stranger To Love is a sly, and often funky set that deserves to be mentioned ... LP, Vinyl record album

Composite Truth
Polydor, 1973. Very Good+ Gatefold
LP...$24.99
One of the greatest records ever from Mandrill – a set that has the group tightening things up and getting even more funky than on their first few records, but with a vibe that's still nicely loose and spontaneous overall! The set's got Mandrill perfectly balanced between jazz-tinged funk ... LP, Vinyl record album

Alton McClain & Destiny
Polydor, 1978. Very Good+
LP...$7.99
Nice album of modern soul that was sort of lost at the time it came out, but which has been rediscovered by rare groovers over the past 10 years. The tracks have a bit of a jazzy vibe, and sound similar to some of the Creative Source tracks from around the same period. Titles include "It ... LP, Vinyl record album

Love Tracks
Polydor, 1979. Near Mint-
LP...$9.99
THE lasting classic from Gloria Gaynor – the record that contains her tremendous hit "I Will Survive", and a great batch of disco grooves overall! The album's got a simple, honest sort of approach, despite its release in an era of overblown dancefloor sets – and arranger ... LP, Vinyl record album