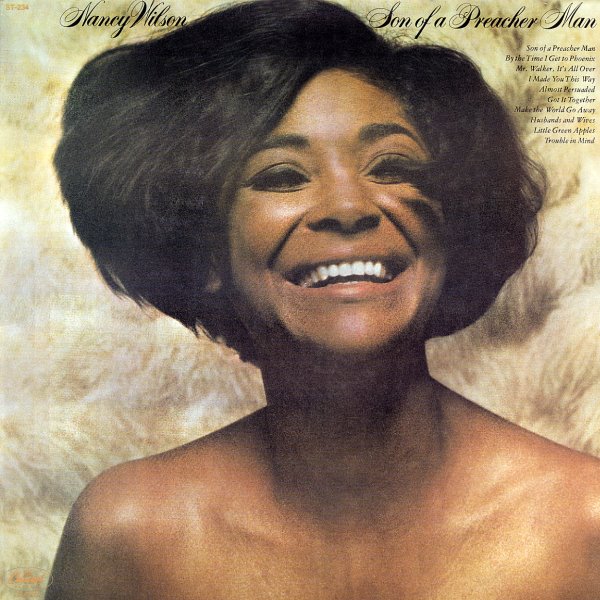 Son Of A Preacher Man

A wonderfully groovy album from Nancy Wilson – filled with hip jazzy touches and lots of bouncy soul – in that sweet blend that was a perfect fit for the style of late 60s Capitol Records! Nancy really steps out from some of her more staid modes here – swinging a groove with some bad-rapping late 60s styles, yet still also reminding us that she's a sophisticated lady on some of the record's more adult tracks too. Arrangements are by the trio of Jimmy Jones, Phil Wright, and Joe Parnello – each of whom bring a different feel to the record, and help create a strong sense of variety amongst tracks that include "Son Of A Preacher Man", "Make The World Go Away", "I Made You This Way", "Husbands & Wives", "Mr Walker It's Over", "Almost Persuaded", and "Got It Together".  © 1996-2021, Dusty Groove, Inc.
(Limited 180 gram Pure Pleasure remaster.)