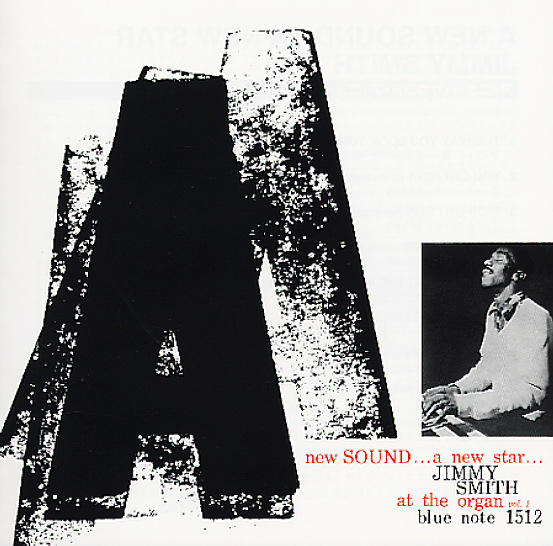 A new star is right – because with the strength of this set, Jimmy Smith set a whole new tone for the way that the organ was used in jazz! The album's got a raw, earthy power that grabs us right away – and even though the tunes themselves are mostly familiar numbers, Jimmy's early Hammond work is simply amazing – cooking the grooves up in a way that differs a lot from the way other players, like Wild Bill Davis, were using the instrument at the time. The vibrato's still on at a relatively high level, but Jimmy's own lines are lean and clean – and made even more so by accompaniment from Thornel Schwartz on guitar and Bay Perry on drums. Titles include "The Way You Look Tonight", "Joy", "The Preacher", "High & The Mighty", "Midnight Sun", and "You Get 'Cha".  © 1996-2022, Dusty Groove, Inc.
(70s white b label pressing. Cover has a cut corner and light wear, but looks great overall.)

Confirmation
Blue Note/Wax Time (Spain), 1957. Near Mint-
LP...$14.99
Prime Jimmy Smith material from his earliest years at Blue Note – hidden here under some more modern 70s cover art! The work here is very much in the best long-blown, open-ended style of Smith's jam session sides for the label – and the album features Jimmy's Hammond in the company of ... LP, Vinyl record album