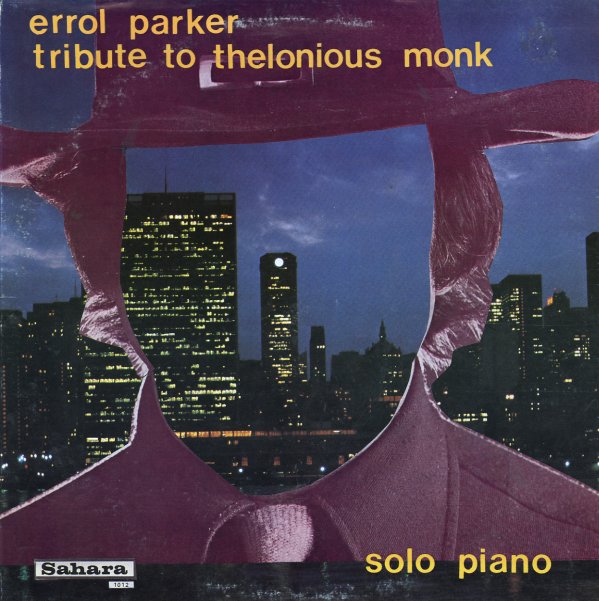 An album of solo piano work by the enigmatic Errol Parker. As the title says, the album's a tribute to Monk – and in a way, it's nice to hear Parker playing in this sort of complicated piano style, which wasn't always heard that often since the days of his early French recordings. Titles include "Autumn Leaves", "Blue Moon", "Three Blind Mice", and "Time On My Hands" – all done Monkishly.  © 1996-2020, Dusty Groove, Inc.
(Cover has some writing in marker on back.)

Musique Por Les Drageurs – Errol Parker No 2
Decca (France), Early 60s. Near Mint-
LP...$19.99
Early work from French pianist Errol Parker – not nearly as modern as his albums of the 70s, but still very nice in an old school way – with a dexterity and inherent sense of rhythm on the piano that's almost like Erroll Garner or Art Tatum! Titles include "Venus", "Orfeu ... LP, Vinyl record album

Live At The Wollman Auditorium
Sahara, 1985. Near Mint-
LP...$9.99
Later than the classic vintage of Erroll Parker's work for the Sahara label – but an excellent album of large ensemble soul jazz tracks that's really great all the way through! The group's a tentet, and they're boldly expressive – bursting out with a sense of power that's almost more ... LP, Vinyl record album