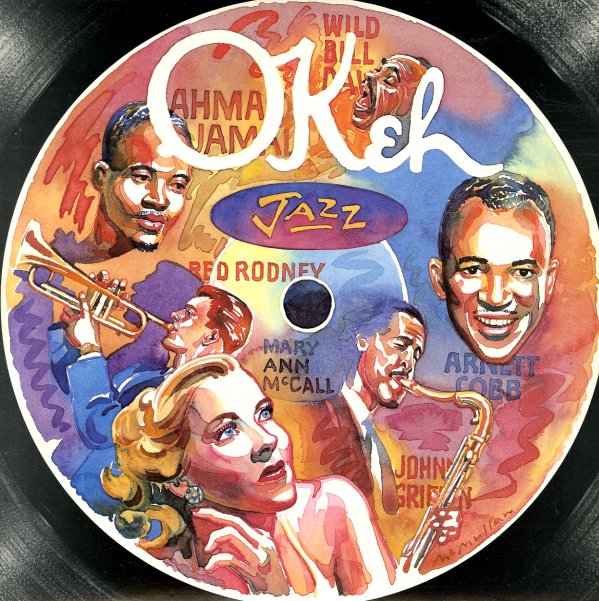 An excellent collection of obscure jazz and R&B instrumental sides from the great Okeh label of the 50s – including some excellent stormers from Chicago! Little Johnny Griffin checks in with "For Dancers Only", "Flyin Home", and "Chicago Riffin", and the first two cuts feature vocals by Babs Gonzales! Other tracks include "Money Is Honey" and "I Want A Big Butter & Egg Man" by Mary Ann McCall; "Dig This Menu Please" and "Red's Mambo", two fantastic R&B tunes from trumpeter Red Rodney; and "Smooth Sailin", "Walkin Home", and "Whispering", all by Arnett Cobb, and included here with some other nice tunes that rank with some of Cobb's best work.  © 1996-2020, Dusty Groove, Inc.
(Cover has a sticker along part of the spine.)