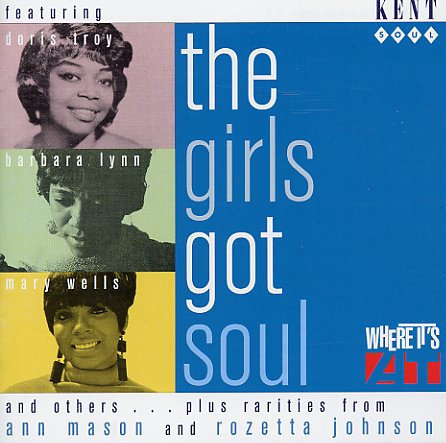 Killer female soul from Atlantic Records – and a tasty set that pushes way past the big hits! There's some excellent work here from some of the lesser-remembered singers on the label from the 60s, or other singers who recorded more famously elsewhere for other labels – and there's also some nice obscure numbers from some of Atlantic's bigger acts, tracks that you might have missed or which have never been issued before. There's a total of 25 tracks that includes "But I Love Him" by Doris Troy, "It's Nice To Know" and "That Hurts" by Rozetta Johnson, "My Man, He's A Lovin Man" by Betty Lavette, "Me & My Baby" by Mary Wells, "Unloved Unwanted Me" by Barbara Lynn, "Sweet Inspiration" by The Sweet Inspirations, "I'm Blue (The Gong Gong Song)" by The Ikettes, "Here He Comes" by Ruth Brown, "I Can't Afford To Lose Him" by Baby Washington, and "You Can't Love Me (In The Midnight Hour)" by Ann Mason with Little Mac & The Boss Sounds.  © 1996-2022, Dusty Groove, Inc.