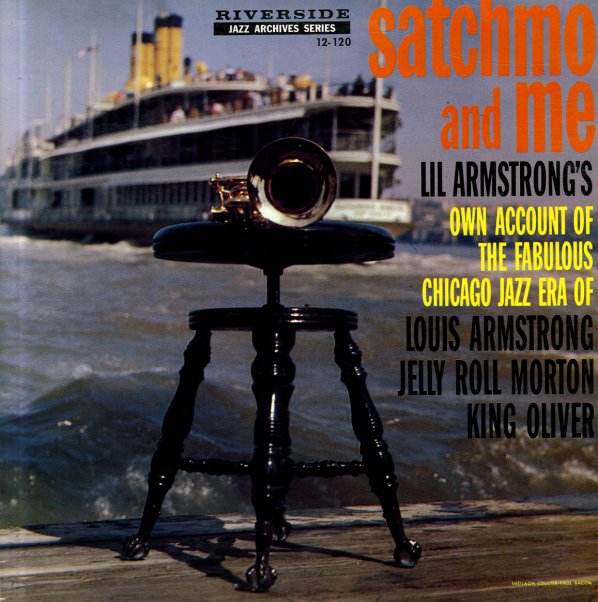 Interesting stuff, if not the kind of record you'd put on every day. The album's an interview with Louis Armstrong's wife Lil, and she talks at length about her famous days in the early years of jazz. Segments include "The Young Louis", "Early Life In Chicago", "Return To New Orleans", and "The End Of A Marriage" – and the whole thing's the kind of record that was perfect for the bespectacled jazzbo trad collector of the early 60s.  © 1996-2022, Dusty Groove, Inc.
(Blue label Bill Grauer pressing, RLP 12-120, with microphone logo and deep groove. Cover has light wear and aging, with a bit of pen in back.)

Rah
Riverside, 1961. Very Good+
LP...$6.99
Great early work by Mark Murphy – a set that's different than the cool breeziness of his 70s work, and done with an approach that's a lot hipper than most of his 60s contemporaries! Ernie Wilkins handles the arrangements, and there's a rollicking soul jazz groove here that's a bit unusual ... LP, Vinyl record album