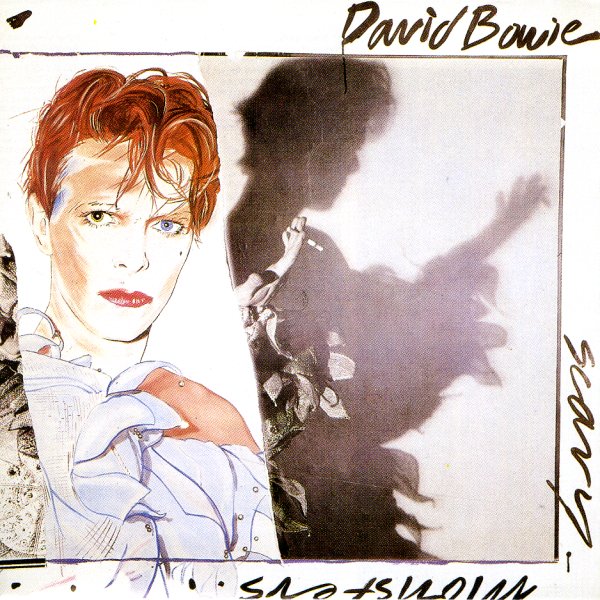 David Bowie back in costume at the end of the 70s – but informed enough from his Berlin trilogy that he's coming at things quite differently here! The album's a great summation of the sounds on Low, Heroes, and Lodger – taken almost back to some Ziggy Stardust and Space Oddity territory, but in ways that are a bit leaner, and more focused. Even more impressive, though, is the near-complete absence of other 1980 elements in the set – hardly any influences from punk or new wave, no post-disco dancefloor elements – just deeply unique Bowie all the way through, and proof that he could always find his own space in music when he wanted! Titles include "Up The Hill Backwards", "Teenage Wildlife", "Scream Like A Baby", "Because You're Young", "Scary Monsters", "Ashes to Ashes", "Fashion", and "Kingdom Come".  © 1996-2020, Dusty Groove, Inc.
(Black label pressing. Includes the printed inner sleeve. Cover has light wear.)