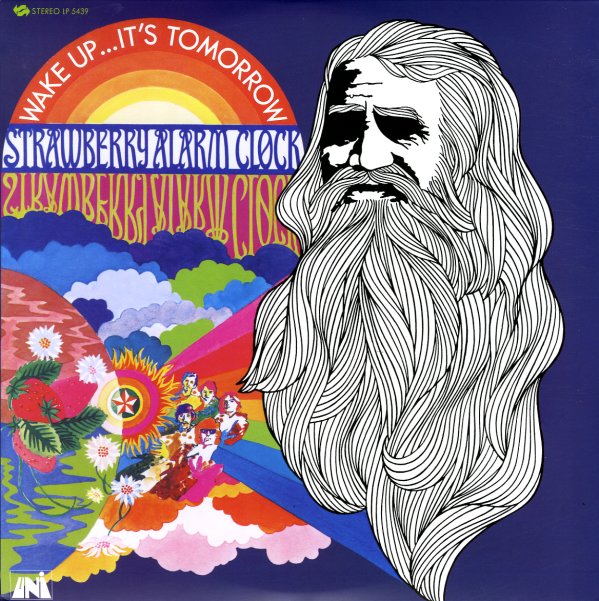 Wake Up – It's Tomorrow

A great little second set from Strawberry Alarm Clock – much headier and tripped-out than their first! For the record, the group's not just working off the success of a previous single – and instead is really taking time in the studio to try out new ideas, musically, lyrically, and (most importantly) in the range of cool production techniques used on the set! There's still a warm harmony vocal approach on some of the album's best tunes, but they're also matched here with some more progressive guitar parts and fuzzier instrumental touches – in a way that brings a bit of darkness into the sunshine, and creates the wonderful sense of counterpoint that was always the group's strongest suit. Most tunes are nicely unfamiliar, and titles include "Curse Of The Witches", "Black Butter – Past, Present, & Future", "Soft Skies No Lies", "They Saw The Fat One Coming", "Nightmare of Percussion", "Tomorrow", "Sit With the Guru", and "Pretty Song From Psych-Out".  © 1996-2020, Dusty Groove, Inc.
(Original pressing. Cover has a small cutout hole, light wear, and a lightly bent corner at the top left.)