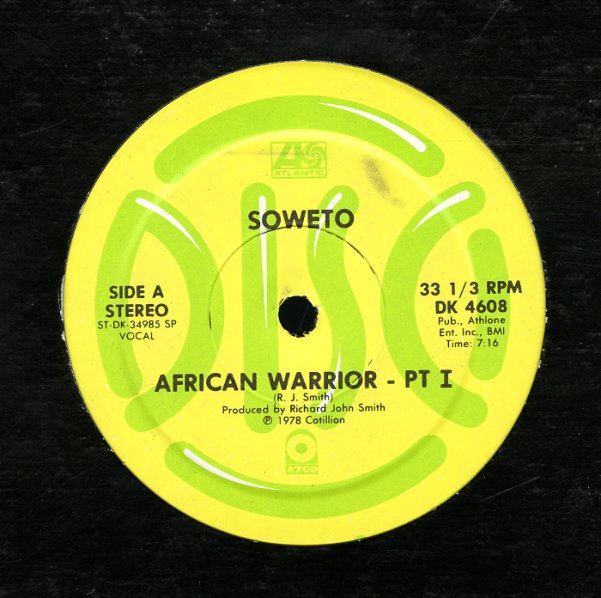 Kind of an "afro funk meets disco track" – with some clubby elements in the mix, and other nice moments that feature breakout heavy percussion and chanting.  © 1996-2022, Dusty Groove, Inc.

Dance Fantasy Inspired By Close Encounters Of The Third Kind/Warp Factor II
Atlantic, 1978. Very Good+
12-inch...$9.99
Forget the hokey concept of this one, and dig the grooves! This single's got two sublime spacey disco cuts, with solid Philly instrumentalizing, all directed by Vince Montana, who arranged, produced, and conducted the session! 12-inch, Vinyl record

Disco To Go/When You're Gone
Atlantic, 1978. Very Good+
12-inch...$5.99 7.99
Tasty tracks from one of George Clinton's short-lived late 70s side projects! Brides of Funkenstein have a pretty strong P-funk sound on the heavy-hitting "Disco To Go", a bassy track with very little relation to disco. The flipside's more of a mellow soul track, but still has a Bootsy-e ... 12-inch, Vinyl record