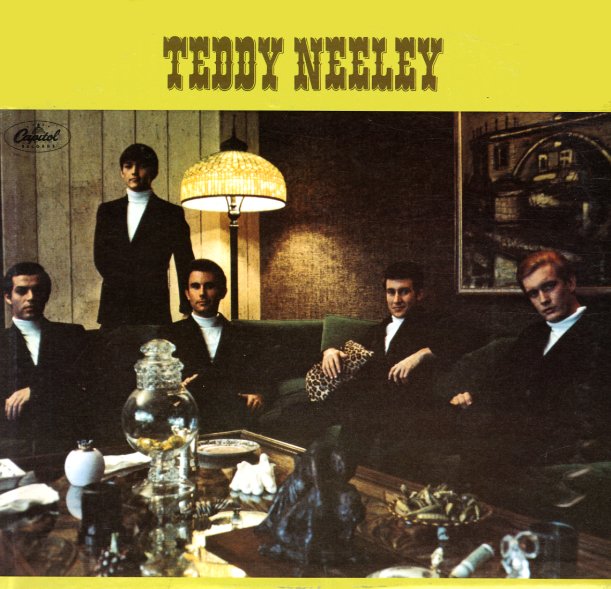 Surprisingly great pop work from the man who'd go onto play the lead in Jesus Christ Superstar! Includes the tracks "Young and Carefree", "Where You Are", "Magic Touch", "Grand Hotel", and "Slow Movin Man".  © 1996-2023, Dusty Groove, Inc.
(Rainbow label stereo pressing. Cover has some aging and a cutout hole.)

Beach Boys' Party
Capitol, 1965. Very Good+ Gatefold
LP...$7.99
A really cool little album from the Beach Boys – a set that definitely takes its "party" title seriously, in a way that has the group singing in a somewhat live and spontaneous manner! There's sort of a "live in studio" feel here – with production that's less ... LP, Vinyl record album

Music From Big Pink
Capitol, 1968. Near Mint- Gatefold
LP...$29.99 (CD...$5.99)
The landmark first album from The Band – and along with the follow-up, it's among the greatest records of its time – which is all the more astounding given how independent of late 60s trends it is! Each member of The Band brings such inimitable textures – Garth Hudson's imposing ... LP, Vinyl record album

Rubber Soul
Capitol, 1965. Very Good
LP...$49.99
A landmark leaping-off point for The Beatles – and a record that really paved the way for countless new ideas to come! The mix of catchy pop and freer ideas here is really wonderful – tunes that introduce a whole new mature world in mainstream music – yet manage to have all the ... LP, Vinyl record album

Stage Fright
Capitol, 1970. Near Mint-
LP...$16.99
A fantastic classic from The Band – a set that's hardly got them cowering in the corner the way the "stage fright" title might imply – and which instead seems to have the group at their most confident during the early years, effortlessly spinning impeccable musicianship and ... LP, Vinyl record album