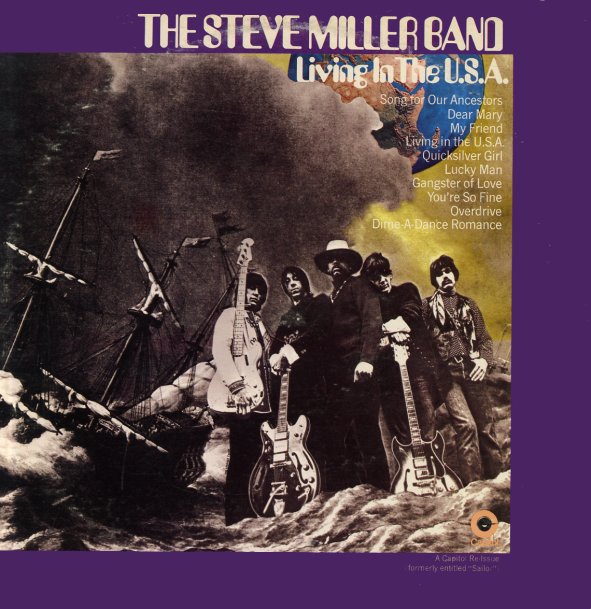 70s issue of their "Sailor" record and includes the tracks "Dear Mary", "Living In the USA", "Quicksilver Girl", and "Lucky Man".  © 1996-2022, Dusty Groove, Inc.
(Red label pressing in the purple border cover with opening on the left side.)

Brave New World
Capitol, 1969. Very Good+ Gatefold
LP...$9.99
A brilliant standout in a late 60s world of blues rock – a set that goes way beyond what most of Steve Miller's contemporaries were doing at the time – to find a brave new world that's all its own! As before, the drums are key to the group's sound – harder and funkier than most ... LP, Vinyl record album

Fly Like An Eagle
Capitol, 1976. Very Good+
LP...$19.99
A masterpiece from the legendary SF rocker Steve Miller – and a perfect summation of the years of blues, soul, funk, and rock he'd been soaking up in the Bay Area scene – served up here with an edge that's still very firmly in place! Miller was already plenty great before this set, but ... LP, Vinyl record album