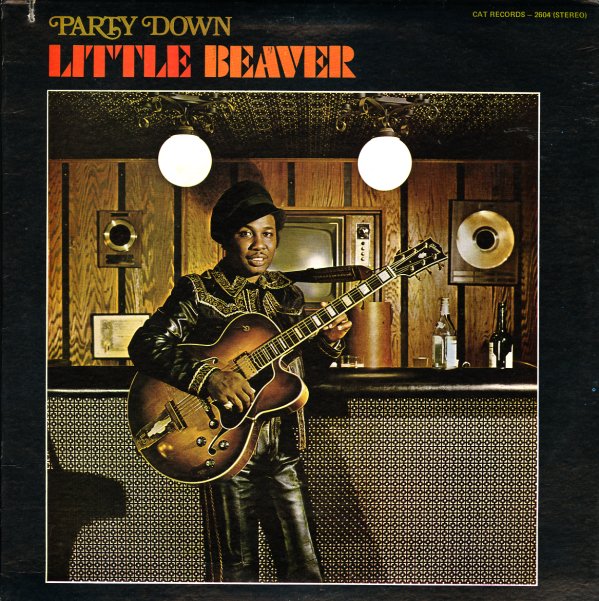 A killer batch of funky guitar work from the Miami scene of the 70s – very different than the later disco hits the city would be known for! Little Beaver is one of those players we'd put right up there with Shuggie Otis, O'Donell Levy, or Eddie Fisher (of "Third Cup" fame) – a player who was more underground, and worked in a blend of soul, jazz and funk – delivered superbly here over these spare backings that almost echo work at the time by Timmy Thomas! The lean groove brings plenty of focus on Beaver's guitar – and that hollow-body he's holding on the front cover has a warm and wonderful sound. Beaver also sings a bit too – and titles include "I Can Dig It Baby", "Money Vibrations", "Let The Good Times Roll", and "Party Down (parts 1 & 2)".  © 1996-2023, Dusty Groove, Inc.

Find A Friend
Gang, 1976. Very Good+ Gatefold
LP...$11.99
The Kay-Gee's are getting a little disco here, but they also still manage to lay down some nice funky tracks, in the best Kool & The Gang tradition of their early work. Ronald Bell of Kool & Gang is still working with the group – and he wrote a lot of material and also performs on ... LP, Vinyl record album