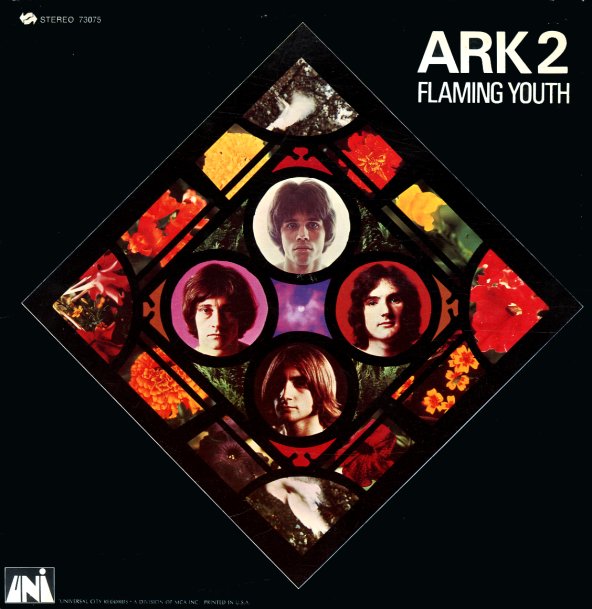 Phil Collins, whatever happened to you? You sounded so great on this album – recorded with your first group before Genesis, when you knew how to hit the drums nice and loud! The rest of the group's not too bad, either – and the album's got a great spacey jazz rock sound, mixed with some cool pop-psyche influences. Our favorite cut, of course, is the monster breakbeat drum track "In The Light Of Love" – but there's lots of other groovy numbers like "Changes", "The Planets", "Guide Me, Orion", and "From Now On".  © 1996-2022, Dusty Groove, Inc.
(In the Unipak cover, with a cutout hole, some ring and edge wear, and partially unglued top seam.)

Good Morning Starshine
Uni, 1969. Very Good Gatefold
LP...$24.99
The last album ever from The Strawberry Alarm Clock – and really heady set that's a lot more harder-rocking than before! The group have really kicked up the drums for the album – making a few cuts even slightly funky at times, in a way that really also helps push the strength of the ... LP, Vinyl record album