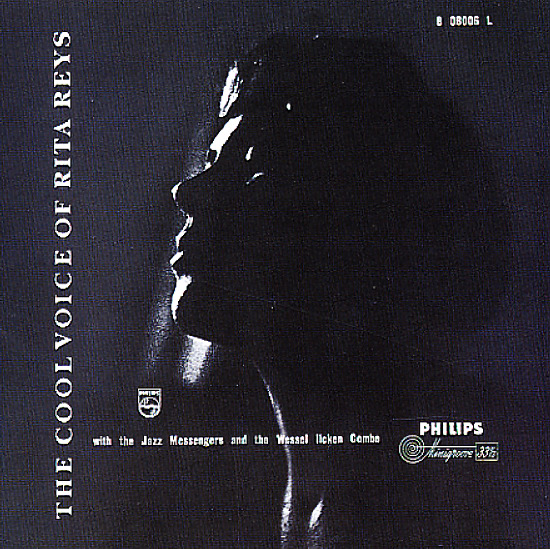 In the immediate post-war years, the Dutch jazz scene was one of the first to emerge with a sophisticated understanding of the American jazz form. Rita Reys was one of the country's leading talents in this respect, and she had a wonderfully cool vocal style that was similar to American singers like June Christy or Chris Connor. This album from 1956 has her fronting 2 different groups – one the legendary Wessel Ilcken Combo, the other an early version of The Jazz Messengers, featuring Horace Silver and Hank Mobley. The Jazz Messengers sides were apparently recorded in New York, and the Ilcken sides are of Dutch origin. Both are great – and titles include "I Should Care", "It's Alright With Me", "Old Black Magic", "Taking A Chance On Love", and "Spring Will Be A Little Late This Year".  © 1996-2023, Dusty Groove, Inc.
(Japanese pressing – with insert!)

Encounter – The Swingle Singers With The Modern Jazz Quartet (aka Place Vendome)
Philips, 1966. Very Good+
LP...$3.99
An excellent set that has the vocal talents of the Swingle Singers backed by the sweet and mellow instrumentation of the Modern Jazz Quartet! Given that John Lewis & Co were essentially local residents in Paris for so many years, it's amazing it took them until 1966 to hook up with Ward ... LP, Vinyl record album