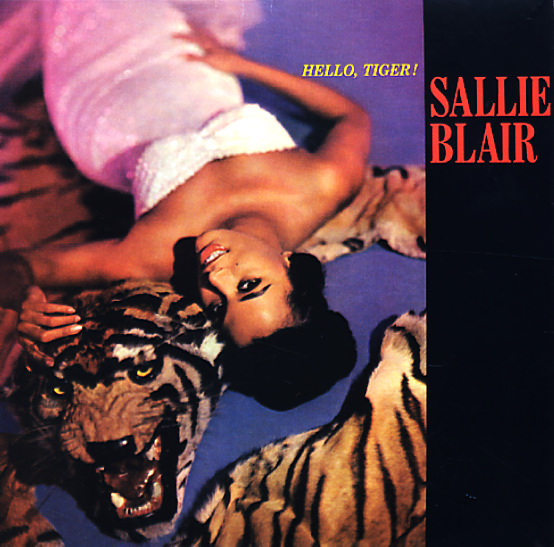 Sultry vocals from Sallie Blair – one of the hipper singers of her generation, and an artist with a sound that's unlike anyone else we can think of! Blair's a bit bluesy, a bit soulful, but ultimately a jazz singer at heart – and her already-cool style gets some sweet extra help on this session from Neal Hefti, who brings a great sense of punch to his arrangements – almost a Basie bounce at points, but with some Henry Mancini touches too – especially in the album's great use of electric guitar and Latin percussion. Most numbers have a slinky, sexy sort of groove – and titles include "That Old Black Magic", "Witchcraft", "Whatever Lola Wants", "Doncha Go Way Mad", "Everything I Have Is Yours", "Early Winter", and "I'm Through With Love".  © 1996-2022, Dusty Groove, Inc.
(Yellow label pressing. Cover has light wear, and a bit of tape in one corner – but this is a nice copy overall.)