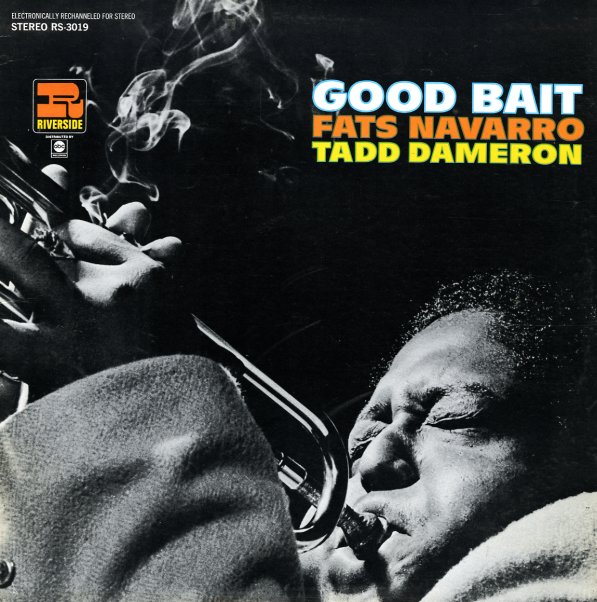 Late 60s issue of some material that was recorded early in the producing career of Orrin Keepnews – and which features trumpeter Fats Navarro in the company of a hip group of boppers – a lineup that includes Allan Eager on tenor, Tadd Dameron on piano, Curley Russell on bass, and Kenny Clarke on drums – plus a bit of work from the obscure alto player Rudy Williams! Titles include seminal readings of lots of Dameron classics – like "Tadd Walk", "Good Bait", "The Squirrel", and "Our Delight".  © 1996-2022, Dusty Groove, Inc.
(Cover has a tiny cutout hole.)

Village Vanguard Sessions
Riverside/Milestone, 1961. Very Good+ 2LP Gatefold
LP...$44.99
Milestone 70s two-fer collecting the recordings of the classic (and best) Evans trio caught live at the Village Vanguard in 1961. This is the group that established Evans outside of the Miles group, playing a typical Evans set of standards, with a wonderful open sound that would influence ... LP, Vinyl record album

Kelly Blue
Riverside, 1959. Good
LP...$24.99
A great little session from Wynton Kelly – one that has him breaking out of the lyrical roots of his trio work, and hitting some harder notes as a leader of a larger hardbop group! The album features Kelly working in both trio and sextet format – the latter with players who include Nat ... LP, Vinyl record album

Best Of Wes Montgomery (Riverside)
Riverside, Late 50s/Early 60s. Very Good
LP...$4.99
A collection of sides cut in the early 60s by Wes for Riverside, collected later when the label was owned by ABC. There's a couple of cuts in a nice organ trio feature the great Mel Rhyne "Round Midnight" and "Yesterdays", plus several that feature his brothers Buddy and Monk ... LP, Vinyl record album

Get Happy With The Randy Weston Trio
Riverside, 1955. Near Mint-
LP...$14.99
An early full length album by Randy Weston – one that mostly features tunes by other composers, all given a slightly modern twist at the piano! The style here isn't as arch-modern or African-inspired as some of Weston's other 50s work – but it's still plenty darn great, and very much ... LP, Vinyl record album