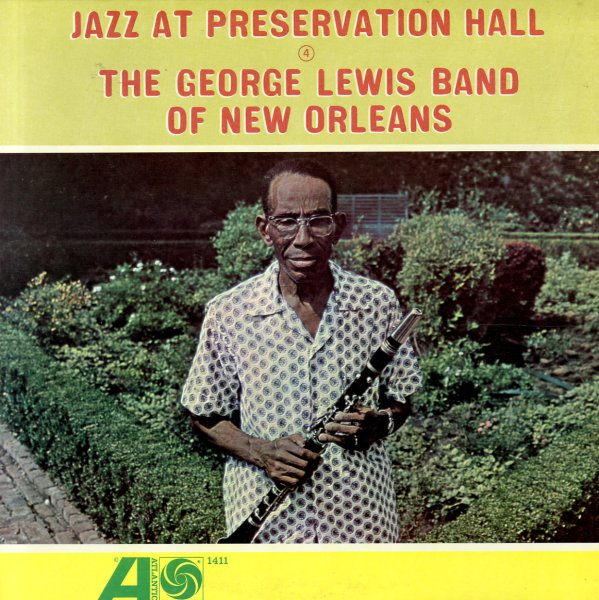 A great recording of this legendary clarinetist from the New Orleans scene – caught here after his big return to fame in the late 40s and 50s – but still sounding great! George Lewis' clarinet is very firmly in the lead, and gets plenty of room to solo – especially on the album's quartet numbers. A few tracks feature a larger lineup with more nice horn work – from Kid Howard on trumpet and Jim Robinson on trombone – and the rhythms have a great punctuated quality throughout – very well-recorded, with a nice kick that really inspires the solos. Titles include "Salty Dog", "Pork Chops", "Linger Awhile", and "Indian Sagua".  © 1996-2021, Dusty Groove, Inc.
(Green and blue label stereo pressing. Cover has some wear and aging.)

Unprecedented Music of Ornette Coleman
Passport (Italy), 1968/1980. Near Mint-
LP...$19.99
A really incredible performance from Ornette Coleman – recorded in Italy in 1968, and featuring a unique lineup that includes Ed Blackwell on drums, plus the dual basses of Charlie Haden and David Izenzon! The two-bass lineup gives the set an amazingly tight edge – with one player ... LP, Vinyl record album