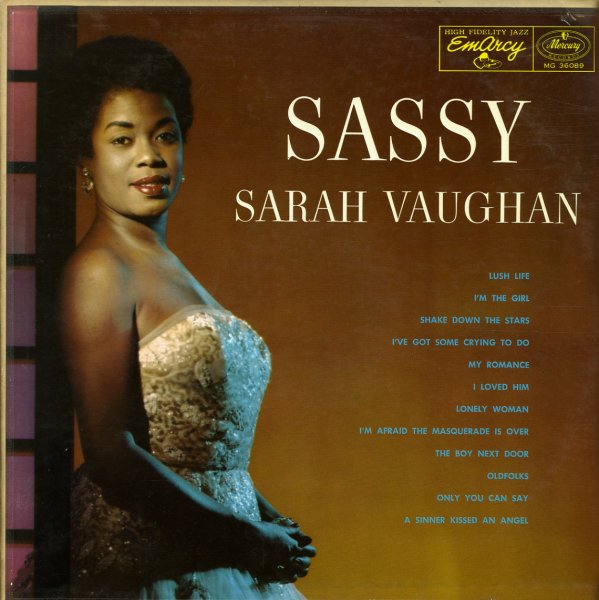 One of Vaughan's nice jazz sides from the 50s on EmArcy, but cut with slightly larger backing, almost in the vein of some here concurrent pop oriented work at the Mercury parent label during the same time. Arrangements are by Hal Mooney, and Vaughan takes an approach that showcases how she garnered the titular nickname in great readings of a number of standards on this set. Titles include "Lush Life", "Only You Can Say", "The Boy Next Door", and "I'm The Girl".  © 1996-2020, Dusty Groove, Inc.
(Blue label drummer logo pressing with deep groove. Cover has a spot of tape on the spine.)

Lullaby Of Birdland
EmArcy, 1954. Very Good+
LP...$18.99
A key link in the early career of Blossom Dearie – and a fab album of jazzy vocal tracks throughout! Before Blossom recorded some of her 50s sides for Verve in the US, she was living in France and working with The Blue Stars – a cool male/female jazz vocal group that went onto become ... LP, Vinyl record album