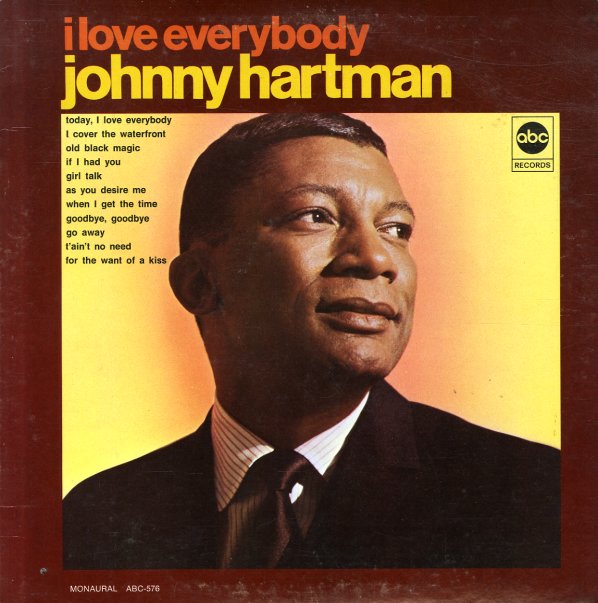 One of the coolest records ever by Johnny Hartman! Unlike his other mellow jazz vocal albums, this one's got a swinging batch of large group backings – handled by Oliver Nelson and Jack Pleis – and one in a way that really brings out a whole new side of Johnny, a very entertaining side that you never get to hear on his more sleepy standard albums. Proof of this is the excellent version of "Girl Talk" on the record, which starts with a cool little monologue about how much ladies like to talk on the phone! Other tracks include "Go Away", "If I Had You", "Old Black Magic", "Today I Love Everybody", and "T'Aint No Need".  © 1996-2021, Dusty Groove, Inc.
(Cover has some wear with a sticker on part of the spine.)

Once Around The Clock
ABC, 1959. Very Good
LP...$9.99
A great 50s vocal session – for a number of reasons! One of the strongest is Patricia herself – a fresh-voice singer who's without hoke – backed by some moody arrangements from the Creed Taylor Orchestra. Even better is the selection of tunes – which includes a number of ... LP, Vinyl record album

Jackie & Roy In The Spotlight
ABC, Mid 50s. Very Good
LP...$1.99
Jackie & Roy at the height of their ABC powers – really stepping out strongly here with a bold jazz vocal approach that nobody else can touch! Both Roy Kral and Jackie Cain get a few moments of their own in the spotlight, especially Jackie, who steps out on a number of the tracks – ... LP, Vinyl record album

When The Lights Go On Again
ABC, Late 60s. Near Mint-
LP...$9.99
A strange late effort from Kay Starr – but a nice one! At this point in her career, Kay was way past her early 50s hits – but she still had a voice that was instantly recognizable, and which always lent itself nicely to slower and dreamier pop-type tunes. She gets plenty of those on ... LP, Vinyl record album