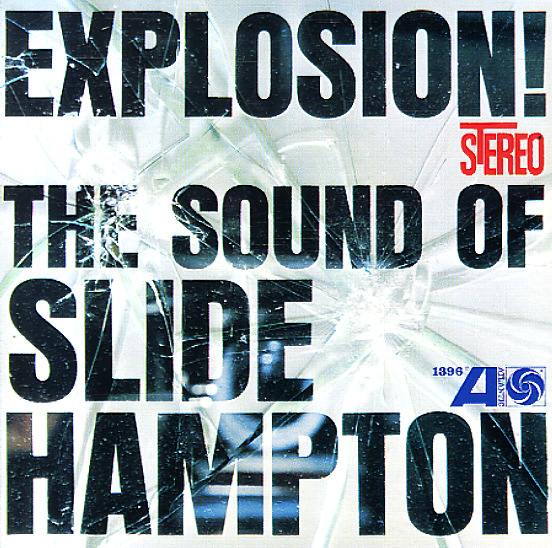 Explosion! – The Sound Of Slide Hampton

The explosion in the title is definitely well-placed – as trombonist Slide Hampton makes his group groove with a tremendous amount of power here – all horns focused strongly on the rhythms, which themselves are wonderfully soulful! As with some of Hampton's best from the time, there's some really fresh young players on the set – some obscure musicians, mixed with future heavyweights Joe Farrell and Ronnie Cuber on reeds – plus piano from the great Horace Parlan! The tunes have a tight focus that really shows off Hampton's arranging skills – and titles include "Spanish Flyer", "Bye Bye Love", "Slide's Blues", and "Begin The Beguine".  © 1996-2021, Dusty Groove, Inc.
(Mono red & purple label pressing. Cover has some splitting in the top seam and a thin stain along the spine on back.)