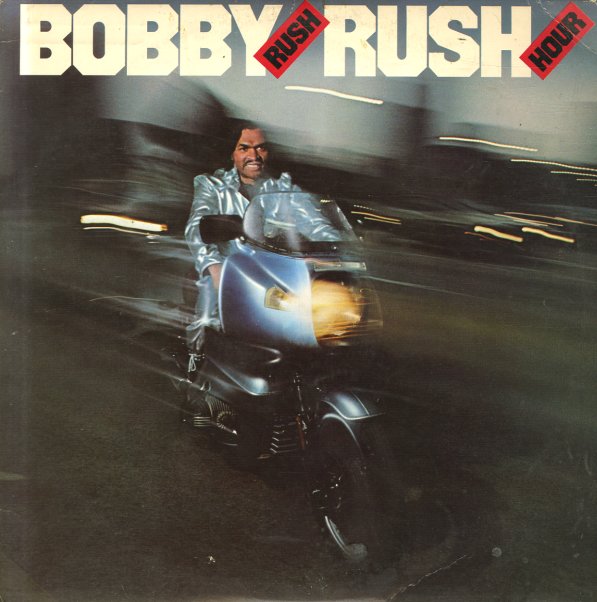 A very obscure album on Philly International – and a rare Gamble-Huff blues session, cut by the legendary Bobby Rush. Chicago blues singer Bobby had been knocking around indie labels for the better part of the 70s, then strangely got the chance to work for Philly at the end of the decade – and the result is a compelling batch of tracks that mix blues and modern soul production, in a style that would soon become Bobby's big calling card in the underground of modern blues in which he still works heavily. Tracks include "No Axe Ta Grind", "I Can't Find My Keys", "Let's Do It Together", "Evil Is", "Intermission", and "Hey Western Union Man".  © 1996-2021, Dusty Groove, Inc.
(Includes the printed inner sleeve.)