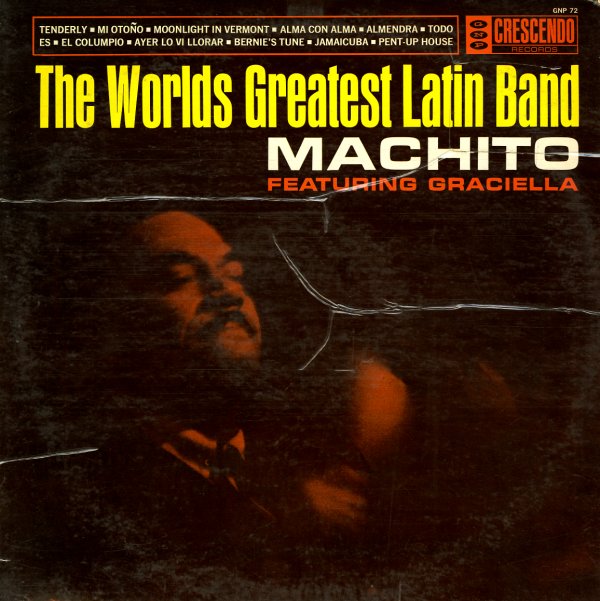 Fairly standard work from Machito, with a number of vocal cuts that feature either Machito or Graciela – but a record that really shines in the jazzy moments! These cuts include a version of "Pent-Up House", with a sax solo by Aaron Sachs, a reading of "Tenderly" with a trumpet solo by Jimmy Zito, and "Bernie's Tune", a nice ensemble groover.  © 1996-2023, Dusty Groove, Inc.
(80s Spanish pressing on Palladium.)

Silk & Soul
Prestige, 1965. Good
LP...$9.99
Brother Jack's organ is set amidst an amazing batch of orchestrations by Benny Golson, and the core of the group is Jack's combo with Red Hollway, George Benson, and Joe Dukes. Golson's arrangements are fantastic, and far from surpressing or overpowering the combo's funky jazz sound, they actually ... LP, Vinyl record album